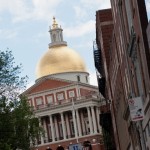 Senate leaders are skeptical of a House plan that would open the door to more privatization of services at the beleaguered MBTA.

The House has called for a suspension of the so-called Pacheco law, which creates obstacles to outsourcing, for five years for the T.

Senate President Stanley C. Rosenberg, in comments to reporters Thursday afternoon, said the Pacheco law has become a “political target” over the years.

“There’s an ideological-slash-political component to this,” he said. “We ought to be driving policy based on outcomes and data and how things actually work.”

Rosenberg said it is his understanding that most state efforts to privatize services are successful, despite the Pacheco restrictions. And he said it’s unclear if the T has made the effort to outsource under the current system.

The law requires the state to show that privatizing a service would save money before outsourcing the work.

Critics say the law imposes a complicated cost test on the state. And the test itself, they say, is a deterrent to privatization.

State Senator Thomas M. McGee, a Lynn Democrat who serves as Senate chairman of the Legislature’s Joint Committee on Transportation, joined Rosenberg for a round table discussion with reporters Thursday.

McGee also raised doubts about suspending the Pacheco law, suggesting it is a means of ensuring cost-effective delivery of services.

The House call for a suspension of the Pacheco law at the T was included in a broader budget proposal released Wednesday by the chamber’s ways and means committee.

The move came a week after a special panel appointed by Governor Charlie Baker to examine the T recommended freeing the agency from “the constraints of the Pacheco Law.”

McGee said Thursday he wants to question panelists about how they reached that conclusion.

He also appeared skeptical of the group’s call for a new fiscal and management control board to assume oversight of the T.

Permanent link to this article: https://carmensunion589.org/2015/04/senate-leaders-skeptical-of-plan-to-allow-more-mbta-privatization/