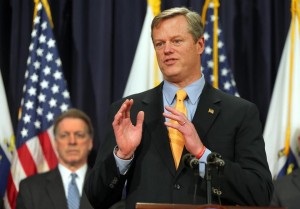 IT’S TEMPTING to dismiss the creation of yet another committee of experts to figure out what’s ailing the MBTA, given Beacon Hill’s willingness to ignore the findings of past blue-ribbon panels. But the latest MBTA advisory panel, assembled by Governor Charlie Baker, deserves a chance to do its job.

First, it demonstrates Baker’s wise decision to take ownership of the state’s broken transit system. When T service halted in the frozen aftermath of Snowmageddon, the governor at first appeared determined to demand accountability from someone other than himself. As the extent of the transit disaster became clear, Baker accepted political reality. He’s not responsible for what the conservative Pioneer Institute calls a “structurally insolvent” transit system, decades in the making. But as of today, Massachusetts citizens believe it’s his job to fix it. That’s what comes from selling yourself to voters as a master problem-solver and team-builder.

Similar commissions have been assembled, with little obvious result beyond pages of well-documented woes. The most recent review was done in 2009 by David D’Alessandro, the former CEO of John Hancock, at the request of then-Governor Deval Patrick. It was thorough and honest in its assessment of the T’s longstanding problems. Yet as D’Alessandro told the Globe, he never got a single call from anyone on Beacon Hill about his findings. Hopefully, there will be greater interest in the findings of Baker’s panel.

There’s no need for this group to pour too many resources into retelling the MBTA’s sad history. It was well-chronicled in the D’Alessandro report. What’s more important is using the opportunity presented by a crisis to finally address long-standing planning, management, and funding deficiencies.

Those appointed by Baker come to the job with long histories of public service and the institutional memory that goes with it. For the most part, that’s a good thing. Yet fresh thinking is needed. It would be a mistake to be trapped by past recommendations and strategies. This group should also apply a cold calculus to what the public wants versus what it is willing to subsidize.

Baker is giving his panel a 30-day deadline to come up with concrete recommendations. Adequate time is necessary to do a proper job. Unfortunately, the average attention span on Beacon Hill runs short. It would be tragic if the urgency to fix the T melts with the snow. If Baker is serious about fixing the T, he should demand that the rescue of public transit remains atop Beacon Hill’s agenda, long after this frigid winter is done.

Permanent link to this article: https://carmensunion589.org/2015/02/editorial-bakers-mbta-panel-needs-to-provide-fresh-thinking-concrete-steps/