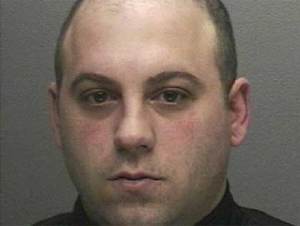 A Somerville man has been sentenced to jail after he pleaded guilty to harassment of an MBTA employee and violating an injunction prohibiting him from threatening any person because of his or her race.

Joseph Balistreri, 39, pleaded guilty Friday in Suffolk Superior Court to three counts of violation of a permanent injunction, two counts of threats and a count of criminal harassment, according to state Attorney General Martha Coakley’s office. Superior Court Judge Carol Ball then sentenced Balistreri to two-and-a-half years in jail for the harassment charge and two years of probation on the remaining charges.

“Today’s sentence demonstrates that hate crimes will not be tolerated as we continue to work to protect the safety of our communities,” Coakley said in a press release announcing the sentencing Friday.

Balistreri had been charged in 2010 for a physical assault on two women after he shouted racial and homophobic slurs at them on an Orange Line train.

As part of a consent judgment on the charges in Suffolk Superior Court in 2011, Coakley’s office obtained an injunction against Balistreri under the Massachusetts Civil Rights Act prohibiting him from violating the civil rights of the victims of the assault or anyone in the state based upon their race or sexual orientation.

But according to Coakley’s office, Balistreri engaged in multiple incidents of bias-motivated threats and harassment against an African-American MBTA employee on the Orange Line’s Sullivan Station beginning in the summer of 2012.

In the summer of 2012 through February of 2013, Coakley’s office said Balistreri threatened an MBTA employee and used racial epithets on multiple occasions when he was asked not to smoke in a non-smoking area.

Balistreri was indicted on the charges in June. After his guilty plea Friday, his jail sentence is to be served in a house of corrections.

Permanent link to this article: https://carmensunion589.org/2013/12/somerville-man-sentenced-to-jail-for-harassing-mbta-employee/