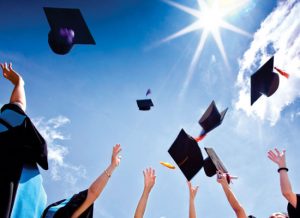 We would like to announce that Julia Casey is a recipient of the 2016 ATU Luther Hall Memorial Scholarship. Julia is the granddaughter of William J. Casey who is a retiree of area 126. She was one of five people to receive this scholarship from the ATU in the amount of $8,000.

The 2016 scholarships are in remembrance of retired International Vice President Luther Hall, who passed away on April 28, 2014.

Born in rural Tishomingo County, Luther Hall moved to Memphis as a teenager, eventually becoming employed as an operator for the Memphis Area Transit Authority, and joining Local 713, in 1961. He was elected Vice President of the local in 1968; and served briefly as local President before assuming leadership of the local as Financial Secretary/Business Agent in November 1914.

Hall also served on the ATU Tennessee Legislative Conference Board before his election as International Vice President, where he served from September 1986, until his retirement in 2002.

We congratulate Julia on all her hard work and hope she and the other scholarship recipients will use them in part to study union and community organizing, and grow to fight injustices everywhere.

Permanent link to this article: https://carmensunion589.org/2016/07/recipient-2016-atu-luther-hall-memorial-scholarship-named/