The MBTA has significantly reduced employee overtime spending and absenteeism so far this year, leading to fewer canceled trips for riders, according to data the agency released Monday.

Meanwhile, the agency said it also has seen a 29 percent decline in the rate of unscheduled absences among vehicle operators.

“It’s a good trend, but we’re only two months into the year, so we’re continuing to monitor it very closely,” T chief administrator Brian Shortsleeve said in a conference call with reporters Monday. “We want to do better, and we want to continue to drive it down.”

He credited the reductions in overtime and absenteeism to recent steps the agency has taken to try to curb costs — including new attendance policies implemented Jan. 1 — as it faces criticism of its spending practices.

Agency officials have said high rates of worker absenteeism drove up costs because workers were scheduled to work overtimehours to cover for their absent colleagues.

Shortsleeve has said previously the agency also expects to look for overtime-related savings by seeking changes to contracts it has with its unionized employees once the deals are up for renegotiation. Shortsleeve said there are about 30 unions, and most of the contracts expire around the spring of 2018.

James O’Brien, president of the Boston Carmen’s Union, the T’s largest labor union, told the Globe in January that employees are forced to work overtime because the agency is not properly staffed.

O’Brien said workers who put in extra hours at the request of their managers should not be blamed and noted that overtime hours are controlled by MBTA managers.

Another factor that both T and union officials have said drove up overtime spending in 2015 was the increased need for workers to deal with last winter’s record-breaking snowfall.

When compared with the same period of 2015, overtime spending through the first 64 days this year was less than half of the $259,000 daily average a year ago, data show.

Permanent link to this article: https://carmensunion589.org/2016/03/mbta-slashes-worker-overtime-spending-absence/ 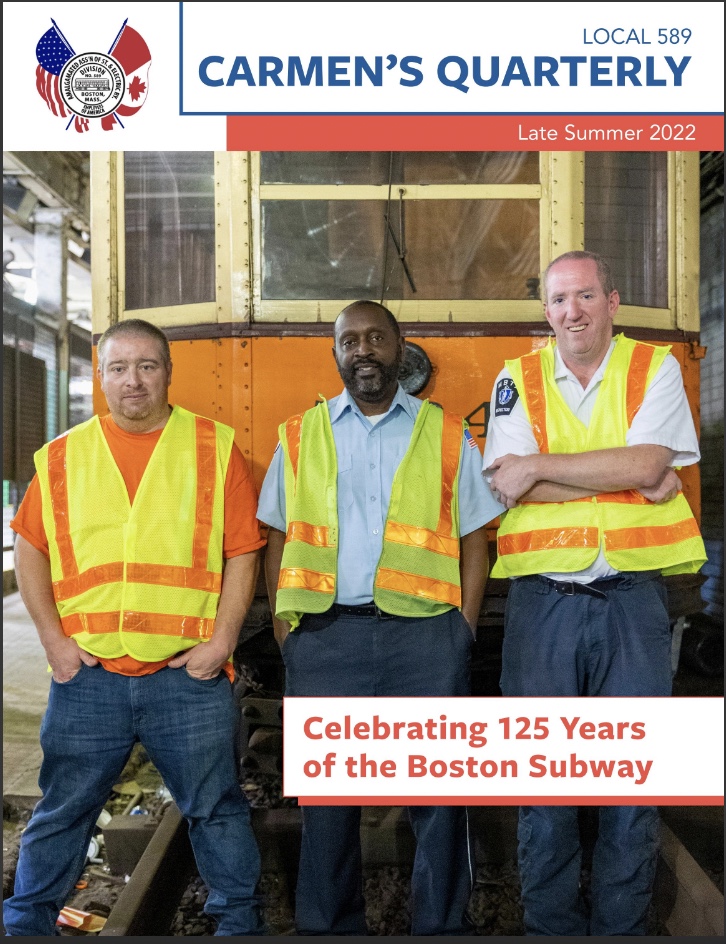