What gives with T’s sweetheart deal? 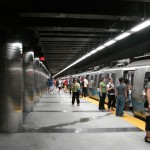 The Pioneer Institute released a report this week highlighting what it called a “sweetheart deal” for MBTA employees, but union officials are saying the deal isn’t as sweet as the analysis or the resulting news stories would suggest.

Pioneer’s report, written by Mary Connaughton, focused on T work rules that allow employees to use unused sick time to enhance their pension payouts. Connaughton said the sick time perk translated into a $49 million sweetheart deal for current MBTA staff as of Dec. 31, 2014. ABoston Magazine story on the report lowered the potential impact to $45 million, while a Boston Herald story increased the impact to $72 million.

Since 1975, MBTA employees have been allowed to use unused sick leave in determining their creditable service for pension calculations. According to the Pioneer report, a T employee earning $81,000 a year with 150 sick days left at retirement would receive .58 years of creditable service, yielding an extra $1,150 in pension payments per year. Over 25 years of retirement, that would add up to $28,739 extra.

The Boston Herald story came up with its $72 million number by multiplying the value of the T employee’s sick day in Connaughton’s calculation ($192) by 380,155. The Herald story suggests any compensation for sick days is a sweetheart deal.

Connaughton said her analysis relies on a number of assumptions about employee pay, sick days, and years in retirement, but she noted her review did not include cost-of-living adjustments collected by T retirees or sick days accrued in 2015 since data was only available through the end of 2014. “We believe it’s a conservative analysis,” she said.

Jim O’Brien, president of the Boston Carmen’s Union, said the analysis is flawed because it ignores the fact that the T employee’s payout is over 25 years, while the state employee gets his payout immediately. The state employee could invest his sick day payout for 25 years and dramatically increase the size of his nest egg, O’Brien said. Indeed, discounting the $28,739 payout from Connaughton’s calculation by 7 percent per year (a healthy but not totally unreasonable rate of return) for 25 years would bring the present value of the T employee’s payout to $13,402, O’Brien said.

O’Brien also said his members receive 12 sick days a year, while state employees receive 15. Over 25 years, O’Brien said, the state employee could end up with 75 more sick days. He also said the sick day arrangement was intended as an incentive to keep people coming to work, and avoid the need for costly overtime to cover shifts of workers out sick, another big problem at the T.

The Herald quoted T officials as saying the pension sweetener was granted to the Carmen’s Union by an arbitrator in 1975, and later extended to all T unions. “This is another example of the burden of binding arbitration,” T Chief Administration Brian Shortsleeve told the Herald. “It certainly weakens management’s hands at the bargaining table.”

Permanent link to this article: https://carmensunion589.org/2016/01/what-gives-with-ts-sweetheart-deal/