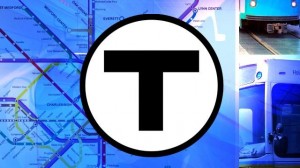 ONE BIG mystery about the MBTA Retirement Fund is whether the union representatives on its board are trying to hide information just from the general public — or from their own members as well.

Last month the board voted against disclosing information pertaining to the fund’s $25 million investment in what now appears to be a worthless Ponzi scheme; while three members aligned with Governor Patrick favored the disclosure, all three representatives of the Boston Carmen’s Union Local 589 voted against it, and an “honorary member” broke the tie. In refusing to cough up information, the board defied state law, betrayed taxpayers, and jeopardized the interests of the MBTA workers whose retirement income the fund is responsible for providing. The board should reverse its decision. If not, the state should compel it to.

Public money supports the pension fund, and T pensions are grounded in state law. Yet the fund operates as a private trust and seeks to deflect outside scrutiny. The secrecy should worry T employees; if the fund lost $25 million in a Ponzi scheme, how well is the board scrutinizing its investments? Any dispute over whether the MBTA Retirement Fund’s records are subject to outside scrutiny should have been settled last summer, when Patrick signed a law stating that Massachusetts’ public records law applies to all retirement funds that receive state money. Yet the board appears to have disregarded that law, relying instead on a 20-year-old court ruling denying the Globe access to records.

Under the public records law, the state can only compel the fund to disclose information if an official appeal is filed with the secretary of state’s office. (The office has denied the Globe’s appeal; the newspaper is asking for reconsideration.) If the secretary of state’s office ultimately concludes the appeal has merit, then it can call on the board to disclose, and if the board refuses then the attorney general can take it to court. However, it would be much better for everyone if the board simply obeyed the law and disclosed information about its management. All Massachusetts taxpayers — including MBTA workers — deserve as much.

Permanent link to this article: https://carmensunion589.org/2014/02/editorial-end-the-secrecy-about-mbta-retirement-fund/