Update to the Contract Arbitration/Court Case 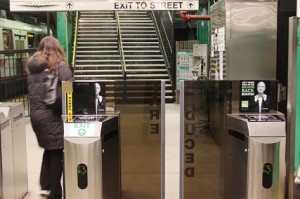 Transit scores were given on a 100-point scale and determined by the average resident’s ability to access public transportation. Massachusetts Bay Transportation Authority received a transit score of 75, placing it behind the systems in New York City and San Francisco, nationally. It received the number two spot in the Northeast.

MBTA Spokesman Joe Pesaturo  said he is proud of the MBTA’s ranking and said it reflects the continuing improvement of city’s public transportation system.

“Our unwavering commitment to provide customers with accessible and affordable services in a safe and reliable manner [makes the MBTA the third best in the country],” he said. “The MBTA is proud of its storied history as America’s first subway, but we’re even more pleased to be a national leader in the use of technological advancements to improve customer service.”

According to the company’s website, Walk Score’s mission is to “promote walkable neighborhoods” in an effort to improve the environment, health and economy.

Aleisha Jacobson, the office manager at Walk Score, said she is not surprised to see Boston at the top of the rankings.

“Boston is justifiably known as the Walking City and is consistently near the top of our Walk Score rankings,” she said. “Having built the first subway system in North America, it’s not surprising to see Boston rate highly on our Transit Score ranking as well.”

A 2013 survey conducted by the National Association of Realtors showed that property values increased by 42 percent when located near public transportation. Between 2006 and 2011, residential properties with access to the public transit system had property values 129 percent greater than those of residential properties that had little to no access.

Walter Molony, spokesperson for the NAR, said easy access to public transportation has always been an important factor in choosing a residence.

“Walkable communities and having access to transportation has always come up pretty high in these community preference studies,” he said.

Molony said people tend to favor communities that are easy to access without a car.

“Quite a large share of people said improving public transportation would be the best solution,” he said. “The bottom line is people want to live in an easy-to-walk community. They don’t want to spend their time behind the wheel of a car.”

Several residents said although the rating did not surprise them, they feel as if the MBTA could make more improvements beyond its accessibility to residents.

Jennifer Turpin, 32, of Allston, said the MBTA is geographically easy to access, but many people are still struggling to gain the access they need.

“It does offer a lot, but still has a lot to be desired, particularly in accessibility for people with disabilities,” she said.

Kelly Robinson, 42, of Dorchester, said improvements should be made to make the rush hour crowd less stressful for MBTA riders.

“[The ranking] is accurate, but there is stuff they could improve, like more space and more trains to come closer together so they’re not so packed,” she said. “It should be a lot safer because of the way the trains stop and go … I think in a lot of ways, it’s unsafe when it’s crowded like that.”

Permanent link to this article: https://carmensunion589.org/2014/01/boston-ranks-3rd-in-national-survey-of-best-cities-for-public-transportation/