Arrest made in vicious beating of MBTA employee 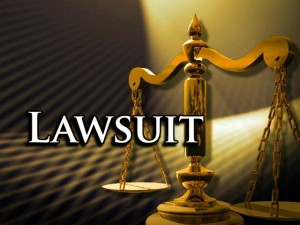 The Massachusetts Bay Transportation Authority and Boston Carmen’s Union Local 589 have filed dueling lawsuits in a dispute over an arbitrator’s award that would increase T workers’ salaries by an average of 10.4 percent, giving many employees an extra $10,000 to $14,000 in raises retroactive to 2010.

MBTA officials said the significant raises outlined in the arbitrator’s decision would cost $62 million to $88 million, a sum that would put the transit agency in financial jeopardy. But a union official said in a message to its 6,000 members, which include MBTA bus and subway operators and maintenance crew, that the T is trying to shortchange them in fighting the award.

“We wish we could tell you that there is some legitimate dispute behind the problem, but the opposite is true,” John A. Clancy, the union’s recording secretary, wrote in a blog post on the union’s website. The Carmen’s Union is the largest of the T’s 28 unions.

The lawsuits come on the heels of another controversial arbitrator’s award: Boston patrolmen were awarded what city officials say amounts to a 25.4 percent raise over six years, which would cost the city $80 million. Mayor Thomas M. Menino has urged the City Council to vote against funding the award, and it has become a prominent issue in the mayoral race.

For the MBTA, funding the arbitrator’s Aug. 26 decision would come at a significant cost. This year, the T narrowly avoided service cuts and fare increases with an influx of $118 million provided by a state transportation finance package. MBTA spokesman Joe Pesaturo said spending an additional and unbudgeted $62 million to $88 million would have a significant impact on the agency’s fiscal health.

On Sep. 25, the T filed a lawsuit against the union, stating that the terms of the award, set by arbitrator Sarah Kerr Garraty, were unreasonable.

“The arbitrator did not give due consideration to the MBTA’s financial ability to meet these additional costs,” said Pesaturo.

That increase, he said, “exceeds the more modest wage pattern that had been established by the majority of other MBTA unions.” In 2009, four of the T’s smaller unions agreed to defer 4 percent raises for one year to help close the T’s budget deficit.

In her decision, Garraty said “the wage award . . . is intended to permit Local 589 bargaining unit members to keep pace with increases in the cost of living and to keep historic wage ratios with employees performing similar services in the Commonwealth.”

Contract negotiations in 2009 broke down in large part because of the T’s effort to transfer Carmen’s Union members to the general state employee insurance plan, a switch that would save the state money, but would require union members to pay more for their health insurance.

Union officials did not return phone calls and e-mails seeking comment. On the Carmen’s Union website, Clancy said the arbitrator’s award did not meet all the union’s needs: The pay increase, he wrote, did not adequately outweigh the additional costs of the new health insurance plan.

The arbitrator, Clancy wrote, “provided far too little money to help pay the expense of health care for active and retired workers.”

Still, he said, union officials were willing to accept the terms of the contract and could not understand why the MBTA would not.

On Sept. 30, the Carmen’s Union responded to the T’s lawsuit with a suit of its own, saying that the transportation agency had provided no evidence to dispute the arbitrator’s award and that the T’s complaint should be dismissed.

The two parties are scheduled to appear in Suffolk Superior Court Oct. 11.

In the blog post, Clancy called the T’s lawsuit pointless.

“Secretary of Transportation Richard Davey, surely in consultation with the governor, has decided to sue for the sake of suing — at great expense to the Commonwealth and to you and our union — and acting against the law,” the post said

Pesaturo said that Davey, and T General Manager Beverly A. Scott did not intend for the lawsuit to imply they do not appreciate T workers.

“Recognizing the hard work of MBTA employees, [Davey and Scott] stress that this lawsuit is not about the employees, and they acknowledge the good work they do every day,” Pesaturo said. “This appeal was filed because of the significant impact the arbitrator’s award will have on the long-term fiscal health of the MBTA.”

Permanent link to this article: https://carmensunion589.org/2013/10/t-union-feud-over-arbitrators-award/