Man charged with threatening to shoot riders on T bus 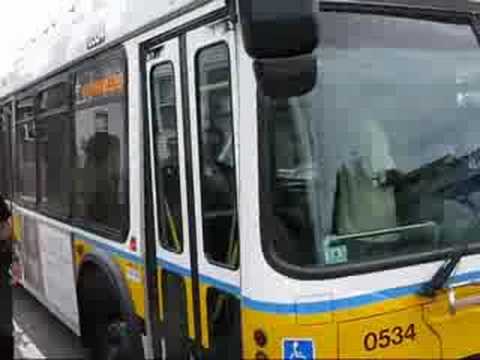 A man who threatened to shoot riders on an MBTA bus Tuesday morning was arraigned today in Dorchester District Court on a variety of charges, officials said.

Though the man, Jauan T. Bristow, 27, did not have a gun, he faces charges that include assault with a dangerous weapon, threats to commit a crime, and interfering with public transportation. He was held on $50,000 cash bail and faces revocation of his probation on a previous case, Suffolk prosecutors said in a statement.

The operator of the bus told police that Bristow was in the back of the bus and threatened to shoot everyone on the bus, including children, if the operator didn’t start driving, according to an MBTA Transit Police report.

Bristow then began walking toward the front of the bus with his hand on his bag, which contained, he claimed, a a Glock pistol. The operator opened the doors of the bus for the riders to exit and called the Operation Control Center to request the police.

Police responded to Cummins Highway and Brockton Street in Mattapan at about 8:35 a.m. When police arrived, they saw riders running away from the bus toward Mattapan Square and pointing to the bus. As officers approached the rear of the vehicle, Bristow put his hands in the air and said, “It was me, I did it, I threaten [sic] the people with the gun,” according to the report.

Bristow was then arrested and transported to Transit Police headquarters.

Permanent link to this article: https://carmensunion589.org/2011/02/man-charged-with-threatening-to-shoot-riders-on-t-bus/

Feb
18
Tue
all-day Union Meeting @ BTU Hall
Union Meeting @ BTU Hall
Feb 18 all-day
The regular meeting of the membership will be held on Tuesday, Feb. 18, 2020, at the Boston Teachers Union Hall (BTU), 180 Mount Vernon St., Dorchester, MA. The BTU is located behind the State Police Station near Columbia Rd. and Morrissey Blvd. It is also accessible by the Red Line. The regular order of business …