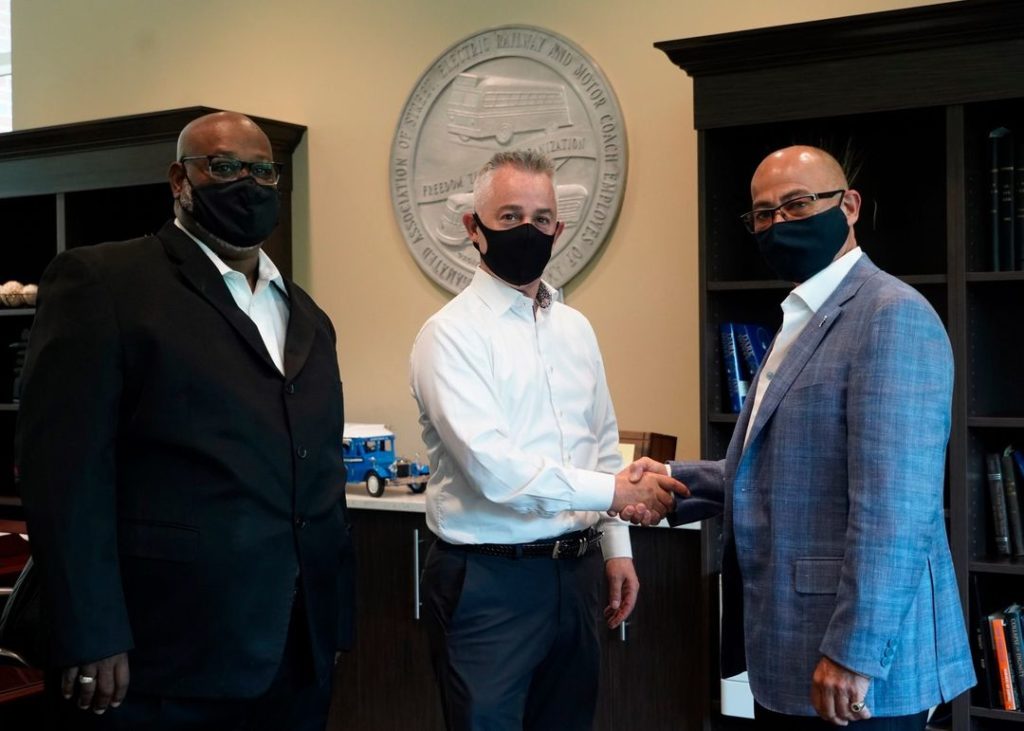 Congrats to our union brother and former Boston Carmen’s Union President Stephan MacDougall on his well-deserved appointment as ATU International Vice President. The executive board and members of Local 589 wish you the best of luck in your new position.

Below is the press release issued by the ATU.

“I’ve known Steve for many years and worked with him on countless campaigns. His service to the labor movement and the ATU has spanned three decades,” said Costa. “From bus operator to light rail operator to Shop Steward to Local Vice President to Local President/Business Agent, and then on to ATU International Representative, Steve brings an abundance of knowledge and dedication to the ATU and its members. Because of his work, Locals across New England and beyond have secured strong contracts, become more politically active, and prospered. Steve will be a strong addition to our General Executive Board, and we look forward to his continued service to the ATU as an International Vice President.”

At the age of 24 in 1986, MacDougall joined the Boston Carmen’s Union ATU Local 589 as a bus operator for the Massachusetts Bay Transit Authority.

MacDougall’s involvement in the Boston Carmen’s Union increased in the 1990s when the MBTA attempted to privatize the system. He became a willing and combative soldier in the many battles the Local fought in its successful campaign to protect and preserve public transit in Boston.

In 1995, MacDougall was elected Barn Captain (shop steward) in the Light Rail Division, where he was a Motorperson. Three years later, he was elected as Local Vice President and served as a full-time union officer in that capacity for the next three years.

In 2001, MacDougall was elected President/Business Agent of the Boston Carmen’s Union. He was re-elected for two more three-year terms and ultimately served nine consecutive years as the Local’s top officer.

“I am honored to be appointed as an ATU International Vice President by our International President John Costa with the approval of the General Executive Board,” said MacDougall. “International President John Costa has led us through one of our most difficult periods as a union. For so many of us, ATU membership has meant economic security throughout the pandemic and beyond. It has also allowed workers to have sick leave, vacation time, and other benefits, which gives members and their families an improved quality of life. I am looking forward to continuing our important work alongside International President Costa, IEVP Javier Perez, IST Ken Kirk, the General Executive Board, and all of our locals. Thank you again for this honor.”

Permanent link to this article: https://carmensunion589.org/2021/05/macdougall-appointed-atu-international-vice-president/