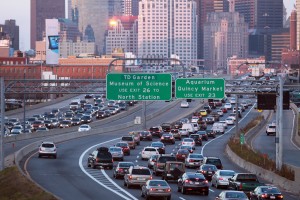 In two separate surveys, Boston residents have made it clear that they believe in public transportation and want more investment in it.

In one survey conducted recently by the Suffolk University Political Research Center about the upcoming Boston mayoral election, 83% of those surveyed in Boston said that public transportation is a high priority issue.

In the other survey funded by the Rockefeller Foundation and conducted by the Global Strategy Group in New York, over 91% percent of those responding to the survey in Boston said it was important to invest in public transportation to ensure communities continue to grow and thrive, and 90% said that good public transportation helps improve the economy and create jobs.

“The survey findings illustrate a growing awareness among residents that in order to achieve a strong, vibrant economy and improve access to employment opportunities, there must be greater investment in public transportation,” says Benjamin de la Peña, Associate Director of The Rockefeller Foundation.

Permanent link to this article: https://carmensunion589.org/2013/07/surveys-say-boston-residents-value-public-transit/